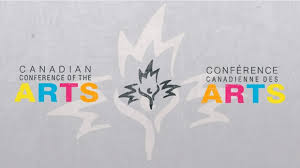 Imagine for just a moment, a day without the arts; what would our world look like? What would our cities, our communities, our homes look like? Are arts and culture important for individuals, the community, and society as a whole? How important are they? This reflection is the result of the closing of the Canadian Conference of the Arts (CCA) this month. Indeed, after 67 years of providing advocacy in the arts, culture and heritage sectors across Canada, the CCA has closed its doors. Why you ask? The answer lies in one key resource that affects all of all, in particular, those of us who create art: funding and the lack of it. It is not surprising that when the government needs to reduce expenditures, the arts are the first to be butchered.

The Canadian government’s neglect for the arts and culture in our country is to the detriment of society at large. Political decisions tend to be based on easy solutions, exclaiming:  ‘let’s cut this, let’s cut that; oh yeah, let’s cut the arts,’ while simultaneously promising to build our country, our cities, out of thin air. The terminology of ‘waste’ and ‘cuts’ have become part of the political discourse with city leaders proclaiming, “we need to cut this because there is so much waste here” and “we need to cut some more there because of a waste there too.” Meanwhile, behind closed doors an in-camera meeting, many are working towards their own personal agenda, for their own self-interest. I am sure you can think of an example in the city where you live.

Unfortunately, talks on building and fostering culture are usually left in the periphery, and it is often in the hands of the private actors and independent funders (with means to do so) to make the decisions in the arts community. In this sense, a select and often elite group continues to move our creative culture forward instead of the community that is should serve. A scholar once said to me, why should the public fund the arts, why don’t we let private donors take care of the arts? My first thought was “seriously?” but my response was that the arts should be a part of the community, and we needed to ask ourselves:  Do we want a selected group to control the arts sector, or do we want an inclusive community where everyone, I mean ‘everyone’ partakes, enjoys and has a say on the arts?

The city and government officials have commoditized the arts, adding a price value rather than to trying to understand its inherent social and cultural worth. There is a necessity to understand the needs of the cultural community, its intrinsic values and rewards to society. As a result, advocacy efforts are crucial to endanger a cultural community. There are numerous creative workers putting extra time and effort to build an develop this country’s cultural community, often with no pay or little reward, and those efforts often go unnoticed by those with the power to shut down organizations in this city. Artists are getting poorer—a reality which the city disregards.

I admit, I am not affiliated with the CCA, but I have been paying attention to their accomplishments. When I pause to consider that after 67 years of advocacy and support for the arts, the organization had to close its doors, it disheartens me. The CCA has a proud legacy. It was founded by a group of eminent artists, including painters Lawren S. Harris of the Group of Seven, André Biéler, sculptor Eliz­a­beth Wyn Wood and poet F.R. Scott. They all came together in the early 1940s with a common vision to foster the arts and artistic expression in Canada. Since its inception, the CCA has worked tirelessly on behalf of Canada’s artists and arts organizations to promote and defend their interests.

The need for advocacy has not decreased with time. Many issues identified in the CCA’s early days are still pertinent today. The CCA has constantly advocated for improvements for artists on many fronts, including taxation, status of the artist, new technologies, cultural funding, and arts and education—all of which are ongoing challenges within contemporary Canadian culture. To date, the CCA is responsible for numerous achievements in the cultural policy sector today, to mention a few: In 1961, the CCA organized the first major national arts conference—the O’Keefe Conference on Arts in Society;  in 1970, the CCA organized The First National Forum on Cultural Policy, where the federal minister presented the priorities and objectives of a federal cul­tural policy; in 1989, the CCA reviewed the Status of the Artist; in 1997, the CCA produced a Report of the Task Force on Charitable Giving and the Arts to assist organizations in the cultural sector in their development.

There is an undeniably large number of arts organizations that currently receive funding, but one must wonder what their mission statements and actions are. The troubling reality is that in politics, the small, socially motivated organizations are often the first to be targeted and downsized without much work on the ground. The winding down of the CCA has worried me, in that demise of such an organization is the destruction of a part of our heritage for advocacy efforts in the Canadian arts scene. I wonder which art organization is going to be closed next, which advocacy group is going to be shut down? Which artists are going to be displaced? Whose voices are going to be unheard? If governments continue to displace the arts to the periphery, communities will no longer benefit from the social, economic and political possibilities that the creative culture produces.

For just a moment, could I ask you to imagine a day without the arts—without artists and without their contributions to culture? What would that look like?

Press Release: The Canadian Conference of the Arts to Close Doors after 67 Years